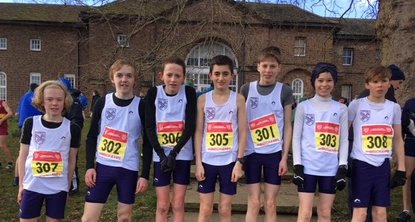 Have you ever dreamed of competing in the English Schools’ athletics or cross country championships? The track and field championships has frequently been referred to as ‘the kids Olympics’ and has been contested by virtually all of Britain’s international athletes. Local athletes, Curtis Robb (1992 Olympics 5th 800m), Steve Smith (1996 Olympics, bronze High Jump) Andrew Baddeley (2008 Olympics 9th 1500m,) Michael Rimmer (2008 Olympics sf 6th) and most recently Katarina Johnson-Thompson (World indoor & Commonwealth Games pentathlon champion 2018), to name but a few most recent successes. All would confirm what a wonderful experience this was as the first step of their athletics career.

This is your starting point! Whatever your standard this is the association you should know about. Each year we stage the track & field championships in all the English Schools’ events in age groups U15, U17 and U19. Our selection process, based on the English Schools’ entry standards, follows this event where up to 40 athletes can be selected for the Merseyside Team to compete in early July, in the English Schools’ Championships. Year 7 athletes have their own competition in most of the events culminating in selection for the annual minors match v. Cheshire schools team, later in the month.

Cross Country is another strength of the county. The Merseyside league races are followed by the County Championships in February, where once again the Merseyside team in all three age groups is selected to compete in the English Schools Championships. This is a huge event involving 42 counties with approximately 350 runners in each of the six races. It is an achievement in itself to be selected to take part! Again we cater for Year 7 runners and select a team to compete against Cheshire in March.

To be eligible to represent Merseyside Schools in competitions you must attend a secondary school in one of the county boroughs of Sefton, Knowsley, Liverpool, St.Helens or Wirral.

In 1973 the English Schools Athletic Association decided to reorganise their Championships along the lines of the new metropolitan counties which were to be introduced by the Government. This change also coincided with a change from Major and Minor Counties to three groups: A, B & C. The size of the teams for Track & Field to be 70 athletes for A counties, 40 athletes for B Counties and 30 athletes for C Counties. The size of Cross Country and Race Walking teams to be the same for all Counties.

The government guide lines were not fully implemented with Durham and Northumberland remaining as two separate counties and not forming a Tyne & Wear Association. Inner and Outer London became London and Middlesex, and Malvernshire became Hereford & Worcester. Wirral had asked to be recognised as a Group C County, or to be allowed to remain as part of Cheshire. Thie request was turned down and so talks began on forming the new Merseyside County Schools Association.

Representatives of Sefton, Knowsley, St Helens, Liverpool, Wirral, Lancashire and Cheshire schools athletics met on many occasions at the education department in Sir Thomas street to work out a Constitution and the colour of kit that the athletes would wear. Eventually it was decided to combine the blue and red which had featured in both Lancashire and Cheshire colours and come up with purple shorts and white vests. Mr R. E. May, who had been Chairman of the English Schools Athletic Association in 1973, was the first Chairman of Merseyside County Schools Athletic Association. The Isle of Man were given the choice of which Association they wished to be affiliated to and chose to part of Merseyside.

Naturally there were teething problems for the newly formed Association, none more so than the 1975 Track & Field Championships held in Durham. The Merseyside team had travelled to Newcastle by train and were reliant on locally booked transport to get them to the venue on time. The late arrival of their coach left very little time to get the athletes to the start of their events, and on top of this the Merseyside team managers had not realised that Merseyside should have provided the numbers for athletes to wear. This was because in the Cross country events earlier in the year ESAA had provided the numbers. In spite of prompt action by the local organisers in providing card and markers, 6 athletes were unable to compete in the Competition. Happily things have progressed more smoothly since then, and eventually ESAA started to provide the numbers for all competitions.

Merseyside has hosted the following National events since their formation:

1983: Race Walking Championships on the Isle of Man

1992: Combined Events and Race Walking at The Oval, Bebington

Merseyside teams have produced many National champions and Championship winning teams. Many of those athletes have proceeded to represent ESAA in the Home Countries International, and some have also competed in the World Schools and other International Competitions. Merseyside schools have always supported the Track & Field Cup and Cross Country Cup competitions. Over the years National Champions have included:

Merseyside has had two members elected as Chair of the ESAA; Margaret Meikle in 1981 and Mike Dooling in 2010. There are two people from the original founding team of MCSAA in 1975, who are still helping today; Margaret Meikle and Stan Roberts. Over the years dozens more people have willingly given their time, energy, skills and enthusiasm to ensure the continued success of the Merseyside County Schools Athletic Association.